DAY 294   What started as my 100 DAYS OF HEALING TOUR appeared to become a much longer and still ongoing tour. Yes, I’m an optimist. And I choose to always be one.

Without realising it, I landed back on Cyprus exactly 9 months after my departure. What am I doing here? For one reason or another I had to get back here just for a while, before the end of the year.

On March 15 this year at Larnaka Airport I was brought in a wheelchair to the airplane and with a chunk of plaster on my leg I hopped into the craft. For a while I have considered to have myself carried by such a Greek God, but actually the situation itself already was crazy enough. On December 15 lately I stepped out of the plane totally autonomic and walked with my little suitcase into the sunlight again.

In the term in between I went through an expeditiously development that changed my life in all aspects. While until then I was a mediocre runner, everlasting continuer and succesful runaway, a complicated ankle fracture forced me to sit still. And in that stillness progress on all levels arised; physically, mentally and spiritually. Probably in reversed order, so spiritually, mentally and physically.

Today we finally did our delayed walk in the Troödos mountains,the plan we had on the 2nd of March, when Elia came to pick me up. But I dropped off the stairs, so in stead of to the mountains she brought me linea recta to the hospital.

I still limp and feel pain every day, but I have to confess that I wouldn’t have missed the lapse. I was unstopable and this tumble made me taking time to stand (sit) still for who I am and what I really want.

There where you stumble your biggest treasure is burried.
(Paulo Coelho)

Life is an adventure and I am a wanderer, a therapist and an artist. Once I thought I had to choose, but this year made it clear to me that I’m allowed to be all and that as an (icon) painter ánd as a therapist I can be productive and groovy.

Within one month the titanium framework will be taken out of my ankle. This has made the walking quite nasty until now and the doctor foretells me not to count on too much improvement, but I take the chance.

I will focus the coming year particularly on individual intensives and retreats, in which fundamental changes will be effectuated fast. I’ve already started this in the past months.

I know what I’m good at and I know what I love to do the most. And only that I will do the coming year.

I wish you all good, lots of love & progression in the new year!

Icons, I didn’t know anything about them, when I was just eighteen and visited Greece for the first time. I didn’t know anything about Greece, that had just opened up after the dark years. I saw a photo and wanted to go there and so I did. I was a young blond girl and didn’t understand any Greek, but it felt like home. Years later I took lessons to learn to speak and write New Greek.

During the years I visited many places on the mainland and many islands. Going to Greece changed me fundamentally. I lived under a tree on Gavdos for awhile, because by then there was nothing else, except some locals. No tourism and no rooms to rent, nothing there and because of that I loved it. In those days every church, big or small or far away on a mountain top, was open. To my amaze there was always an oillamp burning, when there seemed to be no one around.

Those churches were places of comfort and the only cool spots  after a long walk. I’ve spend many hours in there. Extraordinary acoustics, so I’ve enjoyed singing in those far away places, just on my own, no one listening, except some goats and sheeps.

There I found frescos, some were hundreds of years old, faded by the time, and fascinating ikones. I knew I could do it myself and that one day I would learn the technique and do it. I’ve been drawing and painting a lot when I was a child. Some years ago I started lessons in the technique of iconography. Actually this word means icon writing and not icon painting, because pictures where used as writing before we had the alphabeth.

Recently I was in Anilio on Mount Pilion, where we met Dimitrios, who opened the church for us and showed the damage and what was saved after the fire they had in the little church.

I like to make stuff; portraits, collages, furniture, clothes, toys and practical stuff. I see it in my mind and find a way to make it. Icons have a tradition of copying, but I see them different and give my own twist to them.

Although I love the art in churches, I’m not a fan of the institute, no matter what religion they practice. I also love to sing (choir) music by composers who where obviously inspired by their spirituality and/or what they believe in.

My own style icons

I’ve been giving icons to my loved ones and then people started to ask me to sell them, which I did as well. After breaking my lankle in 2017, I was forced to sit for weeks and not able to do the work I did, so my focus shifted to painting icons. It’s a blessing! 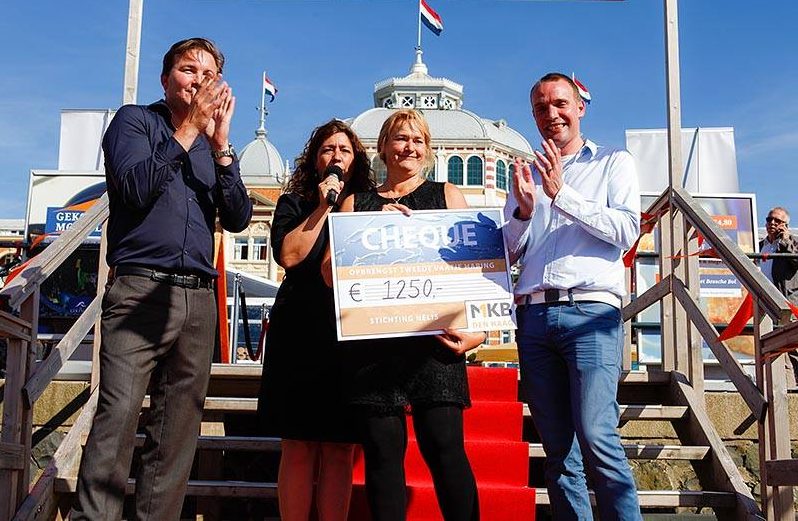 Before I had this job as a Stress Release Specialist and this website (jeannettevanuffelen.com) I had a life and did some things. For the curious people I will tell you some more about myself and about what is or was important to me in my life.

I was born and raised in The Hague, The Netherlands. I left my hometown when I was 20 years old (to work in a psychiatric hospital) and came back 10 years later. I have spent some years in Greece, but never permanently lived there. Now I’m mainly based in The Hague, because it’s a good place to live, close to the sea and I have friends and family here. I parttime work abroad, because I also have friends and clients all over the planet and love to travel.

Most of all I still feel like the girl who follows her heart and approaches life as an opportunity for growth. The best opportunity for learning, growth and love was being the mother of my amazing daughter, who was born in 1996. She’s an adult now.

I’ve been taking care of more children than just my own and always loved to have children and youngsters around. They keep me alert, flexible, open minded and connected to the child inside me.

In my career I’ve always had a place to work with children and youngsters and now I offer training to adolescents to deal with the stress in their final schoolyear and final exams. It’s a short training in stress release and I teach them how to use inspiring selftalk and tapping to relax.

By the years I’m taking more time to be still, to paint and to write. Those things I also did a lot when I was a child and it feels good. The results are sometimes appreciated, which is nice and good, but for me the process of doing it is the goal and just enough.

In this menu (my blogs/before this) I give a brief collection of my activities in the past and some are still actual. I share my thoughts and experience in my blogs and vlogs.

In case you want to contact me, please respond below or mail me at: hallo@jeannettevanuffelen.com.

I can't really explain what was going on, but the fear of flying that brought me here for a session, is gone, solved. One month later I got into a plane and flew from The Netherlands to my daughter in Australia. What a relief! And that all happened in one session.