Icons, I didn’t know anything about them, when I was just eighteen and visited Greece for the first time. I didn’t know anything about Greece, that had just opened up after the dark years. I saw a photo and wanted to go there and so I did. I was a young blond girl and didn’t understand any Greek, but it felt like home. Years later I took lessons to learn to speak and write New Greek. 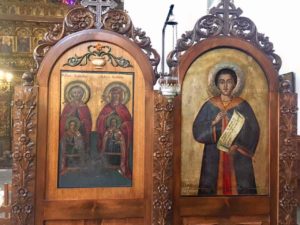 During the years I visited many places on the mainland and many islands. Going to Greece changed me fundamentally. I lived under a tree on Gavdos for awhile, because by then there was nothing else, except some locals. No tourism and no rooms to rent, nothing there and because of that I loved it. In those days every church, big or small or far away on a mountain top, was open. To my amaze there was always an oillamp burning, when there seemed to be no one around.

Those churches were places of comfort and the only cool spots  after a long walk. I’ve spend many hours in there. Extraordinary acoustics, so I’ve enjoyed singing in those far away places, just on my own, no one listening, except some goats and sheeps.

There I found frescos, some were hundreds of years old, faded by the time, and fascinating ikones. I knew I could do it myself and that one day I would learn the technique and do it. I’ve been drawing and painting a lot when I was a child. Some years ago I started lessons in the technique of iconography. Actually this word means icon writing and not icon painting, because pictures where used as writing before we had the alphabeth. 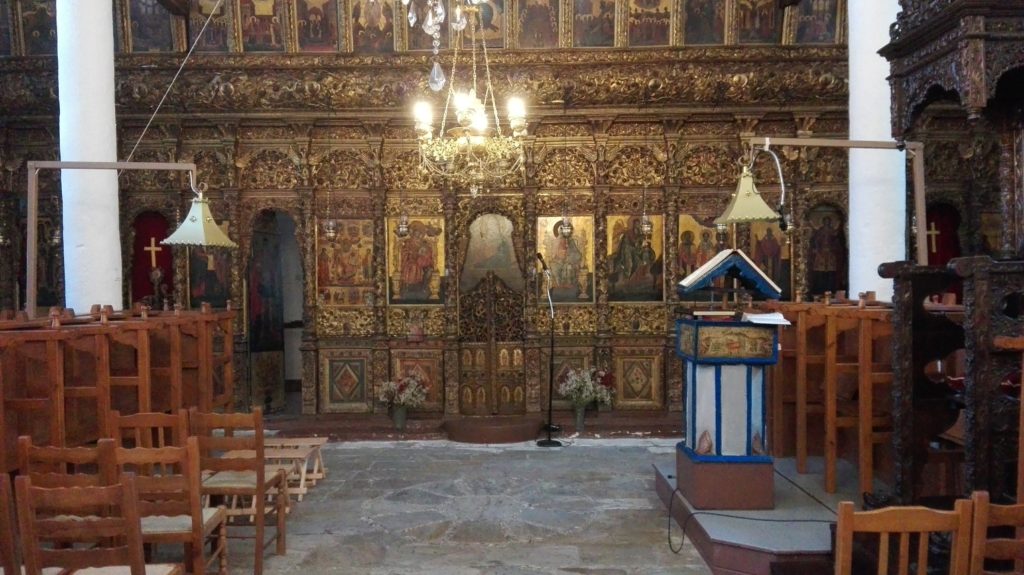 Recently I was in Anilio on Mount Pilion, where we met Dimitrios, who opened the church for us and showed the damage and what was saved after the fire they had in the little church.

I like to make stuff; portraits, collages, furniture, clothes, toys and practical stuff. I see it in my mind and find a way to make it. Icons have a tradition of copying, but I see them different and give my own twist to them.

Although I love the art in churches, I’m not a fan of the institute, no matter what religion they practice. I also love to sing (choir) music by composers who where obviously inspired by their spirituality and/or what they believe in.

My own style icons

I’ve been giving icons to my loved ones and then people started to ask me to sell them, which I did as well. After breaking my leg and ankle in 2017, I was forced to sit for weeks and not able to do the work I did, so my focus shifted to painting icons. It’s a blessing! I

f you want to support me, please become a patron. Click here >>>

This site uses Akismet to reduce spam. Learn how your comment data is processed.